The collective countries of the European Union (EU-27) are the top ranked profiteers from the legal trade in wild species, with the USA and China ranked second and third.

The European Parliament has acknowledged the high worth of this trade to the region in a 2016 European Parliament Report, which said, “The wildlife trade is one of the most lucrative trades in the world. The LEGAL trade into the EU alone is worth EUR 100 billion [US$112 billion] annually.”

As the top profiteer from this legal trade in wild species, you would expect that EU-27 would lead the way in implementing a simple, pragmatic and cost-effective solution to ensure that this legal trade is not diving the extinction crisis for some of the most endangered, and most valuable, species on the planet.

Unlike the USA and China, who have both modernised their systems from CITES 1970s paper-based permits to electronic permits, only 3 of the 27 EU countries have made this transition so far, France, Belgium and the Czech Republic.

Rather than being the global leader it needs to be, the EU is a laggard. While its luxury brand companies make staggering profits from this trade, countries or its central bureaucracy cannot prove this trade is sustainable. Without the corresponding transparency, any talk of sustainability is just another form of greenwashing.

In interviews with investigators of transnational wildlife and timber crime they have all stated the benefits of moving to CITES electronic permits. This was best summarised by one investigator who said “Rolling out an electronic permit system [within CITES] would have an immediate, positive benefit in driving down the illicit trade. It hasn’t been done to-date because too many countries want to maintain plausible deniability about the scale of the legal trade, the abuses of the legal trade system and the laundering of illegal items the paper-based system allows”.

On hearing such statements, it is too easy to link them to corrupt leaders of failed states in developing countries. It is critical to view this statement in another way, it is equally valid that the main profiteers would like to maintain plausible deniability about the scale of the legal trade. Why?

After seafood the two biggest industries, by far, to benefit from this legal trade in wild species are fashion and furniture, both luxury industries synonymous with European countries, companies and brands. This fact alone means that Europe must show more leadership in ensuring these supply chains are transparent from source (at the ‘raw materials’ end) to destination.

While the human-made crisis engulfing the natural world is much bigger than the legal trade in endangered species, this simple, quick, cost-effective and pragmatic project of an EU-wide (and global) rollout of an electronic CITES permit system would go a long way to slowing down biodiversity loss associated with the most endangered species on the planet.

The remaining 24 EU countries, and the European Commission itself, must be challenged about why they are moving at a glacial pace when it comes to implementing some really easy, cost effective and pragmatic solutions that could have a significant impact on reversing this accelerating crisis. On behalf of wild species, we must stand up to laggards.

Given the CITES convention is approaching its 50th birthday in 2025, maybe this could be the date to work towards to finally implement electronic permits in the EU and globally. This would be a long overdue birthday present for endangered species and the planet. 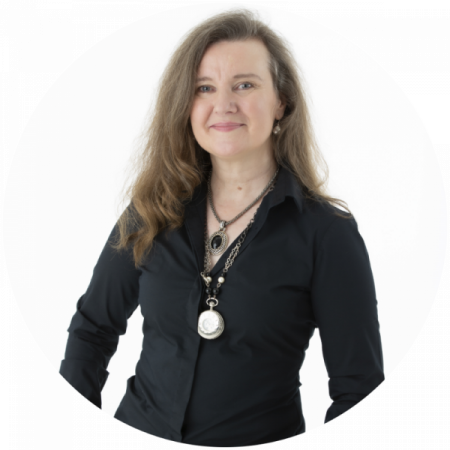 Broken Economic Systems Have Disastrous Consequences For Life On Earth