Like anyone else born after World War II in the West, we are fully accustomed to industrial civilisation. Planes and automobiles, followed by space flight, computers and now a globe spanning information network. We don’t question its existence and we don’t consider why it only developed in the middle of the 20th century. Most of us are still oblivious to its imminent demise, seeing climate change as the most pressing risk, when it is actually much more likely that a shortage of oil is going to be the key driver of collapse before the worsening climate situation finishes industrial civilisation off a couple of decades later.

This narrative only applies to countries with oil-based economies, where the majority of people are reliant on trucks, cars and motorbikes, countries that are reliant on industrial agriculture (which uses lots of oil) and that are dependent on imports of foods and other goods (which requires shipping and trucking, both major consumers of oil). It is worth recalling that in our current economic model 70% of all crude oil pumped is used in transportation.

The question is not if we are going to run out of oil, which is beyond dispute, only when. The more important question, which we examine here, is WHY oil matters so much, what makes it so special that not having enough implies collapse and the end of our current civilisation. To understand that we need to understand why we switched from coal to oil in the 1950s and how we made ourselves completely dependent on oil.

Both oil and coal have similar energy density, but coal is twice as heavy. The major advantage of oil in transportation is obvious, it powers the internal combustion engine. It is more efficient than a coal powered engine and refined oil (petrol, diesel, jet fuel, heavy fuel oil) is easier to store and easier to transport than coal. Burning oil is also less polluting than burning coal. So when oil became cheap and plentiful through new discoveries and better extraction methods in the 1950s, we made a wholesale change to an oil powered transportation network.

Oil, and in particular diesel fuel, also enabled the heavy machinery used in both farming (tractors, combine harvesters) and in mining (dump trucks, excavators). The giant open cut mines that dominate both coal and mineral mining today are impossible without diesel, as are the giant grain fields which underpin all agriculture.

We made things worse by creating global, just-in-time supply chains for almost anything. Then we added unnecessary extra transport routes to take advantage of cheap labour – fish and crustaceans caught in US waters are routinely sent to South-East Asia for processing. This requires two extra ocean voyages.

As a result, we are now in a situation where we have some 1.4 billion cars and trucks in the world that are reliant on oil. We further have over 55,000 merchant ships and around 30,000 commercial aircraft that also need oil. To power all this transport infrastructure, we use some 55 million barrels of oil EVERY DAY (1 barrel is 159 litres).

That any modern economy stops when the flow of oil-based products stops became abundantly clear first in the Lebanon crisis in 2019 (which is still going 3 years later) and then again in Sri Lanka this year. In both cases the financial crisis and high levels of foreign debt made payment for oil products impossible, and the economy collapsed.

In theory, parts of our transport network could be electrified with existing and near-future battery technology. Electric cars are being mass produced now and are becoming cost competitive. But electric trucks are only feasible for short-haul applications, long-distance trucking with 30-ton trucks would require a 27-ton battery! Aeroplanes cannot be electrified other than for very small aircraft operating on short routes. Container ships could be electrified for short and medium range trade routes (up to perhaps 5,000km). These limitations are permanent, owing to the inherent lower energy density and higher weight of any battery technology compared with oil.

But even this partial electrification is not going to happen. We simply lack enough viable deposits for lithium, which is already the lightest possible battery material. The deposits we have access to may be enough to electrify some 300 million cars. Building those cars would compete with grid storage batteries, home batteries, truck/ship batteries, phone/laptop batteries and so on. No matter how you look at it, the current economy cannot survive the end of oil.

Shale oil wells are every expensive to drill, but the average shale oil well production declines at a rate of between 75 and 90 percent over three years. A detailed analysis of shale oil in the US finds that 6 of the 7 main drilling areas have already peaked.

None of the other major oil producing countries have been able to boost production since the overall oil production peak in 2018:

Given that the post-peak decline in oil production is going to accelerate in line with Hubbert’s forecast, we would do well to assume that the collapse scenario outlined above will be well underway before the end of this decade.

Adaptation and mitigation steps would be more effective now, when we still have access to reasonably cheap oil. Once oil production has entered the steep decline phase, adaption and mitigation will become more expensive and more contested, as vested interests will demand the oil products they have been accustomed to. We are seeing this type of dynamic play out on a small scale in the EU at the moment. The EU wishes to reduce gas consumption to avoid buying from Russia, but nobody wants to give up any gas. The resulting fudge is ‘voluntary’ cuts of 15% – which means they are not going to happen.

We would stand a better chance of making the necessary trade-offs if we could at least make a serious effort to imagine a future without oil. But that is not happening, as it contravenes the mainstream narrative that oil is going to last for many more decades. So we remain deluded and utterly unprepared for the rude awaking that is now less than 10 years away. 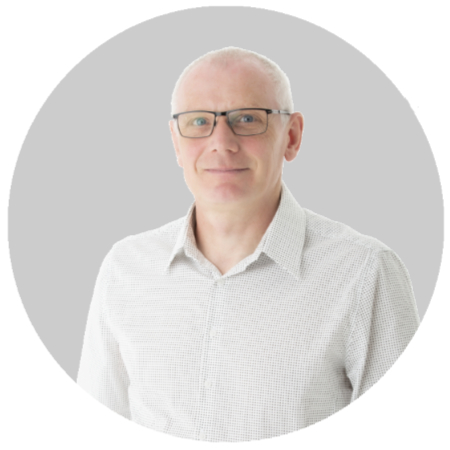 Would You Let Your Home Decay Around You?

Where Will the Collapse Start?